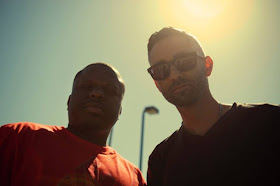 Info: The latest Issue of Remy's Music & Film's round-up of the best independent music from Ireland and around the globe is here. We open with the soft rhythmic sounds of Copenhagen's Rainbrother and their latest track, 'Riverside'. Former The Migrant frontman Bjarke Bendtsen's new band will be releasing their debut album, Tales From The Drought in February, 2017. After that we have the hugely popular 'Bonfire Sessions' from L.A.'s King Fantastic, taken from their excellent first album, Finger Snaps & Gun Claps, the track get's an overhaul courtesy of a remix by Troublemaker.

The third track comes via Californian label Hit City USA which has an endlessly deep well of excellent acts on their roster, with an electro-pop 80's homage by Shy Girls in the shape of their ode to nihilism, 'Trivial Motion'. A track which particularly piqued my interest was the drone sounds of Sydney's CDAD and his tripped out electronic number, 'Cleaning The Elephant', top tune. 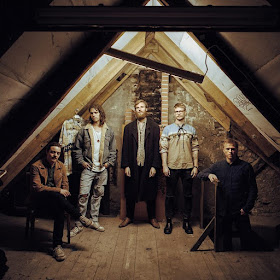 Representing the Irish contingent are Dublin psychedelic band Tomorrows who just released their debut album, Another Life, and their Kinks meet contemporary indie-folk such as Grizzly Bear on featured track, 'Golden Lion', on other tracks they veer closer to dream-pop sounds á la Beach House, a nice mix indeed. We also have the latest single, 'Idle Man' from another Dublin folk act, Buffalo Sunn whose star is rising rapidly here on the domestic music scene, the five-piece, who I've been lucky enough to see live, go with a country-rock feel, some lovely slide guitar and a musing on the life of a solitary character.

The next track is an interesting one, Australian Daniel Rorke, who lectures in jazz here in Ireland, and his Norwegian bandmates, perform under the name of The Dark. The saxophonist brings us 'Milk Boy' from their self-titled album which is due for release shortly. Accompanied by Aksel Jensen on bass and Ole Mofjell on drums, the Trondheim jazz school 'Jazzlinja' alumni plan a tour of Ireland and the UK in early 2017. 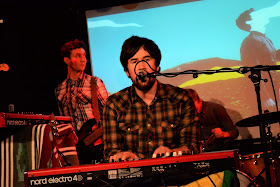 Los Angeles psychedelic five-piece Send Medicine give us the truly delightful late-60's throwback of 'Translucent', if this song doesn't chill you out and give you the warm and fuzzy feels you might need to go and see your doctor, diagnosis, dead inside. Another L.A.-based act, who previously featured in one of our early Playlists, is the delightfully experimental and unique SWIMM, and their latest single, 'Groupie', a swirling piece of electronic pop, their track 'Man's Man' takes a wry look at some of the bizarre and normalised behaviours they observe in their current city.

As always I like to finish my Playlist with a bang, and that comes out of my favourite English city, Liverpool. For fans of Wolf Alice and Alt-J comes the indie-rock wonder, 'Losing Your Love' from Paris Youth Foundation, an instantly enjoyable and energetic piece of music, it's also their debut double A-Side single which will officially be released on the 2nd of December, including on 7" wax, respect.